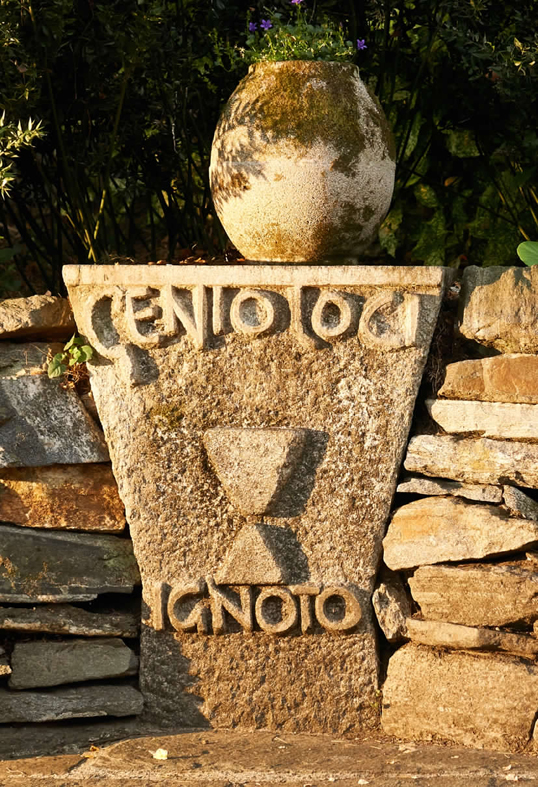 The Eranos Foundation and the Cantonal Library of Locarno are pleased to invite you to the evening on the theme "Democracy and Freedom Today. Possible Platonic Lessons," on the occasion of the publication of La Repubblica di Platone [The Republic of Plato], by Franco Ferrari (Bologna: Il Mulino, 2022). What is democracy becoming today? What are the challenges faced by freedom in the age of a seemingly dead-end crisis that increasingly takes on the face of catastrophe (environmental, social, and international)? Can the great classics still offer us tools to illuminate with new light the night in which we are immersed? The comparison with Plato's Republic will try to grasp the crucial questions of our contemporary times, to help us understand what we can do and what meaning we can still assign to our desire not to be overwhelmed by events.

Franco Ferrari,  born in 1964, is Full Professor of History of Ancient Late Philosophy at the University of Pavia (Italy). He previously taught History of Ancient Philosophy at the University of Salerno (Italy). His scientific interests focus on Plato’s philosophy (metaphysics, epistemology, and ethics) and on the platonic tradition in the antiquity (Middle Platonism and Neoplatonism). He has served as a Fellow of the Alexander von Humboldt Foundation in Münster (1997–1999 and 2002) and Tübingen (2009 and 2012), Germany. Currently, he coordinates of the Editorial Board of the “International Plato Studies” series and is a member of the scientific board of several international journals of ancient philosophy, among which the "Revue de Philosophie Ancienne". In 2014, he was Scientific Director and Coordinator of the unesco research project entitled, “La via dell’essere: Elea/Velia.” His works include Dio, idea e materia: la struttura del cosmo in Plutarco di Cheronea (1995), I miti di Platone (2006), Socrate tra personaggio e mito (2007), and Introduzione a Platone (2018). He also translated and edited – in the Series “Classici Greci della BUR” – the new editions of of Plato’s Parmenides (2004), Theaeteus (2011), and Meno (2016), and – for Marsilio Publishers – The Government of Philosophers (Republic, Book IV) (2014). He has recently published a new Introduzione a Platone (2018), La via dell’immortalità. Percorsi platonici (“Saggi di Eranos,” Vol. 5, 2019), and La Repubblica di Platone (2022).

Fabio Merlini, Regional Director of the Swiss Federal University for Vocational Education and Training (SFUVET) in Lugano, Switlerland, serves since 2010 as the President of the Eranos Foundation. From 2012 to 2019, he has served as President of the Cultural Commission of the Canton of Ticino. In 1998, he was nominated privat-docent at the Université de Lausanne, Switzerland, where he taught Philosophy of Culture. Subsequently, from 1999 to 2003, he taught Systemic Philosophy and was appointed Professor of Epistemology of the Human Sciences at the Université de Lausanne. In 2003, he was nominated adjunct Professor of Communication Ethics at the Università degli Studi dell’Insubria in Varese, Italy, where he taught until 2011. From 1996 to 2000, he co-directed the “Groupe de Recherche sur l’Ontologie de l’Histoire” at the Hussler Archives of the École Normale Supérieure in Paris, whose seminar works, Après la fin de l’histoire (1998), Historicité et spatialité (2001), and Une histoire de l’avenir (2004), were published by J. Vrin. His publications include La comunicazione interrotta. Etica e politica nel tempo della “rete” (2004), L’efficienza insignificante. Saggio sul disorientamento (2009, translated into French as L’époque de la performance insignifiante. Réflexions sur la vie désorientée, 2011), Schizotopies : Essai sur l’espace de la mobilisation (2013, then translated into Italian as Ubicumque. Saggio sul tempo e lo spazio della mobilitazione, 2015), L’architettura inefficiente (with L. Snozzi, 2014, also translated into French as L’architecture inefficiente, 2016), Catastrofi dell’immediatezza (with S. Tagliagambe, for the series "I saggi di Eranos", Vol. 3, 2016), and Triste esthétique. Essais sur les catastrophes de l’immédiateté (2018, published also in Italian as L’estetica triste. Seduzione e ipocrisia dell'innovazione, 2019). His most recent book is entitled Ritornare in sé. L’interiorità smarrita e l’infinita distrazione (2022). He also served as editor of the volumes Nuove tecnologie e nuove sensibilità. Comunicazione, identità, formazione (2005), Identità e alterità. Tredici esercizi di comprensione (with E. Boldrini, 2006), Per una cultura della formazione al lavoro. Studi e analisi sulla crisi dell’identità professionale (with L. Bonoli, 2010), and Semi ad usum praesentis. Un incontro sul pensiero di Jean-Jacques Rousseau (2013). He is co-author of the Cahier de l’Herne dedicated to Friedrich Nietzsche on the 100th anniversary of his death (2000) and of the miscellaneous volume La philosophie au risque de la promesse (2004), along with J. Derrida, P. Ricoeur, M. Crépon, and other authors. For the “Eranos Classics” series, he co-edited the original edition of Carl Gustav Jung’s Rebirth. Text and Notes of the Lecture held at Eranos in 1939 (with R. Bernardini, 2020). Among his poetry works, we mention here Filo di perle. Poesie liriche in tre tempi (2015). He is a Faculty Member of the Institute of Analytical Psychology and Psychotherapy (IPAP), Postgraduate School of Psychotherapy (Ivrea).